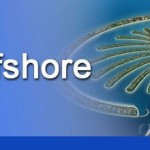 Following are some important advantages summarizing the reasons for why setup offshore companies:

United Arab Emirates (UAE) allows 0% tax rates. UAE economy is a real economy with a clear market policy that boosts a fair competition. UAE has signed agreements with many countries across the world for (DTA) Double Tax Avoidance. This supports foreign companies to improve their tax obligation through UAE offshore company registration.

Strict rules of inheritor-ship exist in many countries even in UAE. Such rules bound the freedom in allocating the assets or deciding on the custodians of their capital upon his/her death. As a result, individual and corporate entities choose offshore company somewhere in the world to take advantage of the liberal inheritor-ship provisions. By holding the high value assets under the UAE offshore company formation, and then having certificate for the shares in the offshore determined by the laws of the offshore jurisdiction. the testator can sometimes remove complexities in succession planning.

Ship and Aircraft are always registered with offshore authority and financed by banks in onshore sector. This kind of structure is very common when the financer has concerns over the rules and regulations in the carrier’s home country. UAE offshore company formation helps to register ship and aircraft under the offshore company.

An intellectual property right (a design or a patents or a copyright or trade mark) might be registered in the name of an offshore company. The Offshore company setup can also buy or sell this type of rights.

Trading in derivatives and other risky appliances in the regular stock markets is a worrying process due to the strict rules and regulations of the regulatory bodies. Wise people often setup offshore company and use as key vehicle to trade in such risky environment and transfer their incomes to the offshore bank account.

An offshore company allowed legally to opens an offshore bank account which is considered as one of the most secured account in the world. Information of the bank account owner is not shared with any third party entities except there are very special or unusual situations.