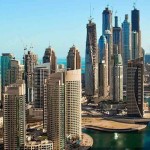 Sharjah is the third largest state of the UAE. Sharjah is next to Dubai and efficiently its suburb; with daily traffic streaming to and from creating long traffic jams at rush hours. It was one of the richest states in the UAE. Sharjah is an electrifying, lively state with exciting artifacts in every place. This cultural square is famous for its mixture of restored houses in traditional style. Sharjah is a hub for electronic business and mainly for import and export businesses. Sharjah company formation is a real thrill for investor who wish to setup their business in a rich culture and easily available resources.

What are the requirements for company formation in Sharjah?

Prior to company formation in Sharjah, it is first essential to follow the steps drawn below in order to meet the legal necessities of all concerned government authorities and to promise maximum commercial advantage for the business owner.

In the past, every single emirate followed its own processes for controlling the operations of foreign companies. In run-through, however, Dubai and the other states followed the same common system, whereby foreign companies operated in one of three ways

Since 1984, steps have been taken to introduce a organized companies law applicable throughout the United Arab Emirates. Federal Law No. 8 of 1984, as amended by Federal Law No. 13 of 1988 – the “Commercial Companies Law” – and its by-laws have been issued.

The Federal Law orders total local shares will not be less than 51% in any commercial business setup in sharjah and outline seven categories of business setup in sharjah which can be incorporated in the Sharjah. It groups out the requirements in terms of directors, shareholders, minimum capital levels and incorporation procedures. It further lays down provisions governing conversion, merger and dissolution of companies.

Joint venture is an agreement between a foreign shareholder and a local partner; it must be done to engage in a desire activity. A joint venture company formation in Sharjah is done among two or more then two partners; that is, to agree on a contract to share the profit and loss of one or more company. The equity sharing from the local side in the joint venture must be at least 51%; but the profit and loss distribution can be set. Also if the expat partner contracts with third party; that is under the name of the local partner will bear the responsibilities.  In practice, joint ventures company formation in Sharjah is more suitable for working together on specific projects.

We provide custom solutions to those companies who are planning for public Shareholding Company setup in Sharjah. Public shareholding company (PJSC) required to have a minimum capital of AED 10,000,000 and required at least ten founding members who are United Arab Emirates Nationals, owning between 20% and 40% of In Public Shareholding Company, the capital is divided into equal shares, in such businesses the owner’s liability is limited by the number of shares. Moreover, the Chairman and majority of the Directors in a public shareholding company must be United Arab Emirates national and should hold at least 51% of the shares. In general, banking, insurance or financial sectors run as public share holding companies. The company’s name cannot include the name of any of the stockholders and should instead reflect its activity. In all cases, however, the phrase “Public Shareholding Company” must be attached to the business name. Setting up a Public Shareholding Company in Sharjah is no longer a extraordinary task, as DBC has a pool of professionals who find the people who are keen to be different stake holders of a company.

Dubai Business Center (DBC) provides great support for Private Shareholding Company formation Sharjah, as DBC consultancy has already assisted several companies to incorporate in Sharjah, A Private Joint-Stock Company or Private Shareholding Company is a partnership of at least three persons. The companions of private partnership must invest a minimum capital of AED 2,000,000 in the company. Such businesses can be setup for any industrial or commercial type of business setup in Sharjah. A Private Joint Stock Company is subject to all rules and regulations that apply to Public-Joint Stock Companies, except for the rules and regulations relating to public share subscription.

General Partnership Sharjah company formation is an easy process as professional consultants from DBC can guide you in a right channel. General Partnership consists of two or more associates who hold a joint responsibility for all the company liabilities and activities. This is only kept to United Arab Emirates nationals because the companions are responsible towards the liabilities of the company by their assets unlike expats or foreigners as their assets are usually abroad. As per the legislative order, all joint partners in GPC type of companies should be citizens of the United Arab Emirates. For setting up a General partnership firm in Sharjah,

Branch of foreign company in Sharjah

Foreign companies are allowed to establish their own branches and representative offices in Sharjah. However, these offices have a restriction in the activities they may conduct within the United Arab Emirates. As per the law in United Arab Emirates, only United Arab Emirates nationals or companies fully owned by United Arab Emirates locals may be appointed as local service agents. Local service agents or sponsors are not involved in the operational side of the company, but they just simply support in getting visas; labor cards etc, and is paid a lump sum amount per year. A popular way for foreign businesses to keep 100% ownership in Sharjah company formation is to incorporate a branch or representative office. These offices do not have separate legal characteristics but are known as an extension of the foreign company, which remains liable for their whole activities.

In most form of the company in UAE a local sponsor is requires to set up company. But still there are some activity for which an expat are allow to set up sole proprietorship. In this type of a Sharjah company formation; a foreign investor to perform some business activities without having a local sponsor. Best examples can be engineering consultancies, medical services, legal practice and other consultancies and similar services. Only investors with a valid and legal UAE residence permit can start a sole proprietorship company in Sharjah. However, the rules in UAE demands that the one who wish to start a sole proprietorship company in Sharjah; should have a local service agent.

At this point let me tell you an other quality of DBC; that is LLC company formation in sharjah. A LLC company can be form with a minimum of 2 and a maximum of 50 partners; whose liability is limited to their shares in the capital. Most companies with foreign partners always opt for LLC company formation in sharjah; due to the fact that this is the only option that ensures maximum legal ownership; that is 49% to the expat for a trading license. Moreover its mandatory to keep one UAE national as a partner in the LLC; investor has to pick one UAE local (sponsor) as a partner in the company.